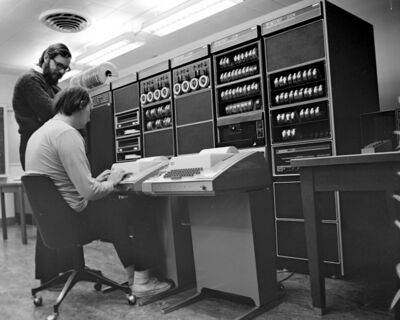 Ken Thompson (often referred to as ken) was an influential American computer scientist, best known for his work on UNIX (produced in collaboration with Dennis Ritchie). He also initiated the C programming language, although most of the work on that was done by Ritchie.

He attended University of California, Berkeley, where he received an undergraduate degree in 1965, and a master's degree in 1966. He went to work at Bell Labs in 1966, joining the Computing Sciences Research Center. He spent the rest of his career at the Labs, and its descendants., retiring in 2000. He was part of the Bell team which joined the Multics project; after Bell pulled out of Multics, he and Ritchie eventually fell into UNIX and C.