They made their own operating system, FOONEX, for their machines. It was based on TENEX. 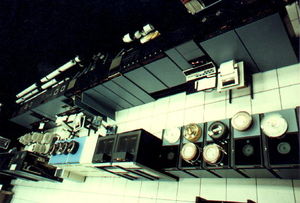 The F-1 was an ECL adaptation of the original Superfoonly design. It was built at III for use in a optical character recognition system. It was bought by Omnibus for generating computer graphics. 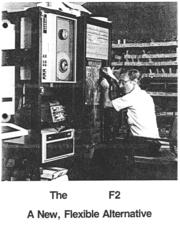 The F-2 was a small machine. Among other places, it was used at CCMRA (running WAITS) and Symbolics.

The F-3 and F-4 were popular with Tymshare, which built their own versions. Tymeshare's System 26KL was an update of the F-4 design with KL10 capabilities, intended to run Doug Englebart's Augment.

The F-5 was another small machine.

This article is a stub. You can help by expanding it.
Retrieved from "https://gunkies.org/w/index.php?title=Foonly&oldid=21165"
Category: