Difference between revisions of "PDP-12"

The PDP-12 was a computer produced by DEC for use in laboratory settings. It was a descendant of (and replacement for) the LINC-8; its CPU could operate in one of two modes: either as a PDP-8 (specifically a PDP-8/I), or as a LINC computer. In each mode, there is an instruction to switch to the other mode.

Like the LINC, it included a video display, analog inputs, and LINC tape drives (the TC12F option allowed them to operate as either LINC tapes, or DECtapes). It could also include any of the standard PDP-8 peripherals, attached to the positive logic PDP-8/I-type I/O bus.

The basic machine included 4K words of 1.2 microsecond core memory, which could be expanded in 4K word increments to up to 32K words. 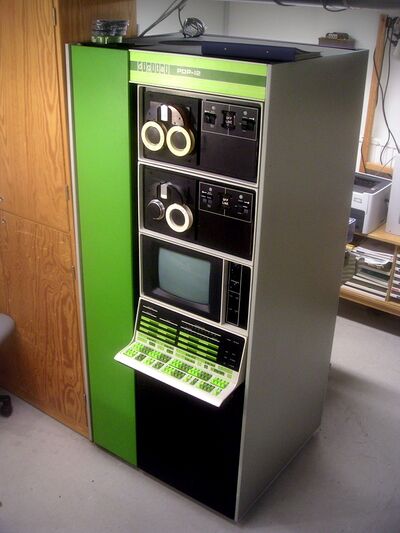 Detailed information is given in: