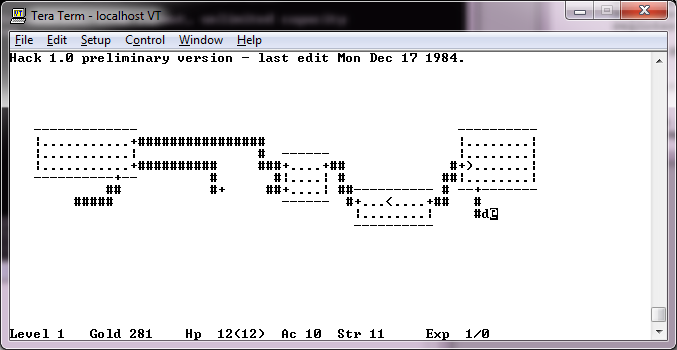 First there was rouge, then hack. The original Hack was Jay Fenlason's Hack, which apart from a MS-DOS binary has largely been lost. Andries Brouwer later released his Hack on Dec 17 1984. The source code to Hack 1.0 preliminary version, can be found on the UTZOO archives, namely on tape news019f2.

Then it later took on a life of it's own on the internet much like NetBSD as nethack. You can find information here.

This article is not as complete coverage of the topic as it could be. You can help by expanding it.
Retrieved from "https://gunkies.org/w/index.php?title=Hack&oldid=18053"
Category: