Top is a system process monitor. The cool thing about top is that it can display stats in realtime, and is presented in an easy to read format.

Older versions will compile and run on BSD 4.3, etc. and can still be found on FTP sites. 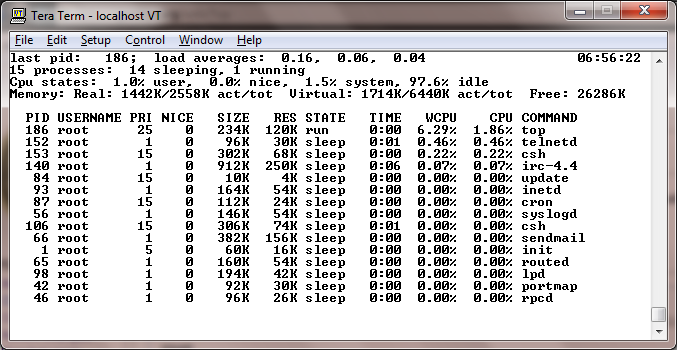