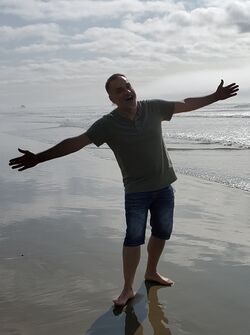 My name is Jay Logue

I am a long-time software engineer and computer tinkerer with an interest in old computers starting at the minicomputer era and going back to vaccum tubes and mechanical tabulators.

I am completely self-taught, having written my first program (in FORTRAN, on punched cards) at the age of 11. Certain that computers were my destiny, I left highschool early to take a job writing software for Apple IIs and never looked back. Since then I have worked as a software engineer/architect at many companies, most of which were start-ups, some of which you may know (General Magic, WebTV, Microsoft, Nest, Google).

I am now retired.

My hobbies are very much constrained by the physical space I can devote to them, retro-computers included. So for now I make do with an array of small PDP-11 and VAX systems, which I explore and repair, and generally use to fritter away perfectly good electrons.

I have a few of small projects which I have contributed to the hobby. I hope to have more.