The build number for this beta is unknown at current time. This release was for the Fall Comdex of 1991. It was a 'rush job' in that the support for the MIPS had broken in this build. Distribution was said to between 200 and 300 CDs.

The kernel is a pure COFF exe, with NT OS/2 string still present in the kernel. The style of the command prompt is still reminisce of OS/2, while the interface looks like a cross between Windows 3.0 and 3.1 betas.

The configuration files give hints of a text mode interface, and the guimode. Also mentioned is the OS/2 subsystem, POSIX, and MS-DOS, however none of these are included. 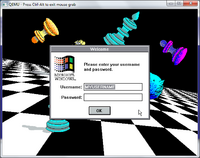 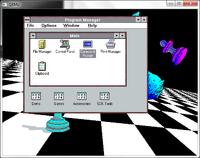 Other beta information can be found back here