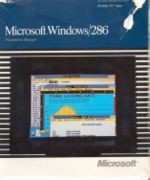 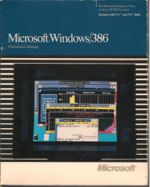 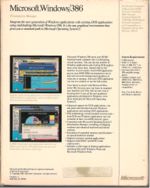 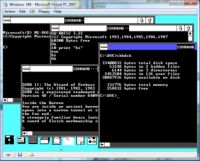 It's worth noting that this version of Windows still ran in the limited space of the MS-DOS 640kb area, but it went to protected mode to run the v86 machines - with expanded memory - while itself was limited to the real memory space. Needless to say IBM should have taken note, as this quasi-32bit shell suddenly could do something that the 16bit version of OS/2 could never do, and years before the release of OS/2 2.0 - which could run multiple MS-DOS VMs.

Windows/386 is also known for the laughable promotion video: Youtube video of Windows/386. See how long you can stand it!