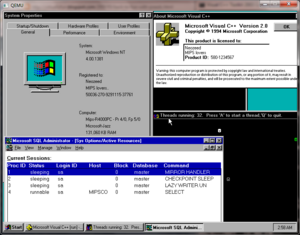 I have ported over a few things to the MIPS namely: