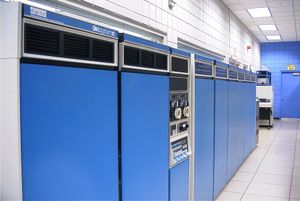 A series of large, 36-bit mainframe-like systems built by DEC; they were basically a re-implementation of the earlier PDP-6 architecture, whose engineering had been a failure. (The machines were so similar at the programming level that PDP-6 code could run on a PDP-10.) 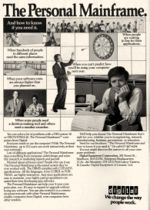