Difference between revisions of "PDP-8/E"

The -8/E's KK8-E CPU consists of five quad boards; the MM8-E core memory that was standard on the -8/E consisted of sets of three quad boards. 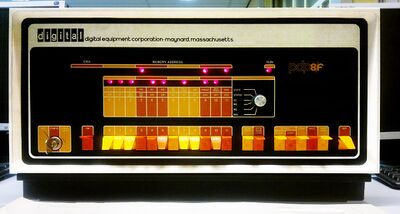 PDP-8/F at Hack42 in Arnhem, The Netherlands