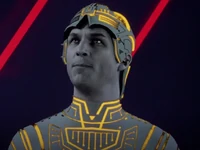 Barbara Liskov wanted to explore abstract data types and started to design the CLU programming language in 1973, as part of the Computation Structures Group of Project MAC. The computer hosting development was the Dynamic Modeling PDP-10 running ITS. Initial work was done using MACLISP, but was moved over to the Muddle language which was integral to the Dynamic Modeling project. Later versions would be increasingly self-hosting. As the DM PDP-10 was getting older, CLU moved to the MIT-XX TOPS-20 machine, and later Unix on VAX and Sun machines. There is now a Portable CLU for Linux etc.

Bob Scheifler was part of the CLU group for many years prior to the creation of the X Window System. CLU was one of the first programming languages to get support for X, in fact even before C. The X10 release has many libraries and applications written in CLU, but X11 retains no traces of the language.

This article is not as complete coverage of the topic as it could be. You can help by expanding it.
Retrieved from "https://gunkies.org/w/index.php?title=CLU&oldid=24111"
Category: