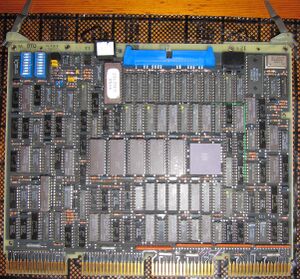 The KD32 (also called the KA610) was the CPU in the MicroVAX I, and its workstation form, the VAXstation I. It is microcoded and pipelined, and is contained on two quad-height PCBs:

(The VAXstation I uses a later variant, the KD32-AB; it uses the M7135-YA instead of the basic M7135. The two differ in which floating point data formats they support.) 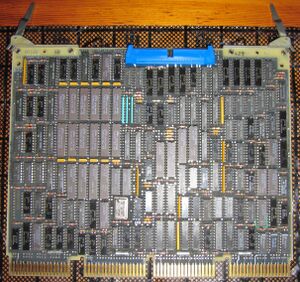