The Incompatible Timesharing System (usually ITS) was an early time-sharing operating system; initially for the PDP-6, and later for PDP-10's. It was developed at MIT in the Artificial Intellegence Lab, after Multics was done by Project MAC. It first became operational in July, 1967, after a very short design and implementation period, starting earlier that year.

The KL10 MC machine at MIT

The earliest versions ran on the PDP-6, using the base and bounds memory management hardware native to that machine. Later versions ran on KA10s which were modified with MIT-designed and built paging hardware (which that generation of PDP-10 did not have). It later ran on the KL10 and KS10 models as well, in both cases running custom microcode that emulated the operation of the MIT paging box.

ITS was one of the first OS's connected to the ARPANET, and it was on an ITS system that the first versions of Emacs, Zork, MACLISP, and Scheme were created.

During much of its operational lifetime, ITS ran on only a handful of machines:

Due to failing hardware, the PDP-6 was shut down in the late 1970s, and physically removed in the early 1980s. The KA10s followed shortly after, but some were replaced with KS10s. By 1990 all MIT machines were shut down permanently.

Output from the PEEK program 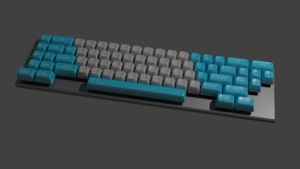 The Knight keyboard was used with the MIT-AI PDP-10 and CADR LISP machines; this is a rendition of the layout

In modern times, ITS runs on a KS10 at the Living Computers museum; it was previously MIT-AI. The museum also has the KL10 MIT-MC in storage. ITS also runs on several software emulators.

Some information on installing & images can be found here.

The Artificial Intelligence PDP-6 and PDP-10 were host to many influential programs: TECO (adopted form the RLE PDP-1), Logo (coming from BBN), Mac Hack VI, MACLISP, Scheme, EMACS, and was used to bootstrap the LISP machine hardware and software.

The Dynamic Modeling PDP-10 was used to develop Muddle, MAZE, the first C compiler outside Bell Labs, CLU, and Zork.

The Mathlab PDP-10 was used to develop Macsyma, but was later supplanted by a dedicated Macsyma Consortium KL10.

The earliest ITS code on record is Gerald Sussman's printed listing of version 138 dating from 1967.

The next is ITS version 671 from early 1971. It's a complete binary core image including Salvager and Exec DDT. It runs on Richard Cornwell's KA10 simulator with Systems Concepts DC-10 disks. Also on the same tape is the earliest source code version is ITS 672.